AND NOW FOR SOMETHING COMPLETELY DIFFERENT 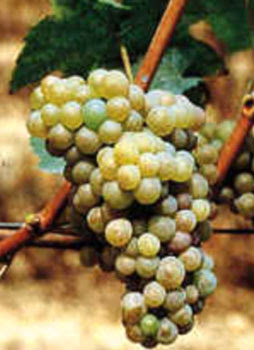 I would like the New Zealand wine industry to 'stick to the knitting' and do what it does best - make the best Sauvignon Blanc in the world, some of the most exciting Chardonnays and keep improving on the Pinot Noir offerings. We are still underdone in producing and marketing these varietals as well as the 'waiting in the wings' Riesling, Gewurztraminer and the Bordeaux blends.
Often too much resource is wasted on that godawful Pinot Gris and every now and then wine writers get all excited about emerging varietals like Viognier. Arneis is like this but perhaps has the advantage of being essentially an interesting enough varietal to justify experimentation and to be on offer from boutique producers.

The grape is Italian in origin from Piedmont in the north of Italy where it makes elegant white wines that have an almond and peach character. While it is made for white wine consumption it is mostly used as blending material with the more famous Nebbiolo red grape. Arneis generally tastes of pears, peaches and apples with a floral aroma and a slightly herbal edge. It often has the aforementioned almond character.

There are a few producers in the upper North Island growing Arneis and some interesting results have been seen.
Last night I opened a 2007 Kim Crawford 'Doug's Arneis' from Gisborne.
The wine was dry but had a fullness about it which came from the small amounts of Riesling and Gewurztraminer that have been added.
It had a beautiful pale green colour. There definitely was an almond character amidst the lovely floral aroma. The flavour was astounding - rich pears and peaches but with some nice citrus edges. With no oak ageing the wine was nevertheless full and powerful and almost chewy. It is well worth seeking out.

Now I hope that we don't get too excited about the prospects for Arneis and plant too much of it as has happened with Pinot Gris. I hope that it doesn't become a 'shelf-warmer' like Viognier, but I do hope that a few boutique producers continue to make some. I know that Kim Crawford is not a boutique producer. The brand is owned by Constellation NZ and produces hundreds of thousands of cases (mainly Sauvignon Blanc which is spot on), but the Kim Crawford viticulturists have traditionally kept in touch with very good growers like Doug and Delwyn Bell and manage to secure very small parcels of incredibly good fruit to add mystery and quality to their brand's offerings.
Posted by THE WINE GUY at 8:57 AM

That's a good response. It will come in handy for your next long-winded bass post. 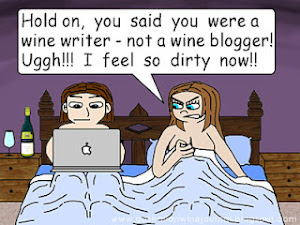 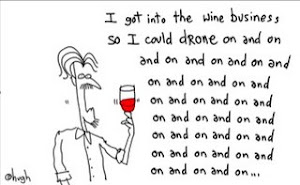