I've decided to do a series on scammers and other disreputable people I've come across in the wine industry over the many years of my career in it. I've also met many (many more) nice and reputable people as well and will do a parallel series on these. This is the first on the scammers. 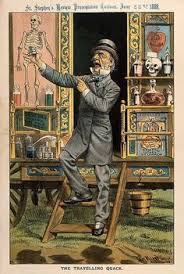 I buy a lot of my wine from on-line sites where producers choose to move along excess quantities of good product at greatly reduced prices to avoid the risk of damaging the price perception by having them discounted on retailers shelves. Often the product is superb and bargains can be had but it pays to have a bit of knowledge on wine styles and regions and to do a bit of research before buying.
The bargains are becoming fewer however as the on-line sites are being used to not only quit over-stocked product but as a sales and marketing channel to move along volume of anything. I'll write about some of these in the future. This post is about a particularly nasty scam that I discovered.

About 5 years ago I saw a wine promoted on one of the sites I buy from that looked particularly attractive. It was advertised as a Hawkes Bay Syrah from the prestigious Gimblett Gravels area (the best for red wine in Hawkes Bay and which commands higher than normal prices). The advertised price was stated to be seriously below 'normal retail' and as I wanted some Syrah I bought it without doing proper 'due diligence'.
When the wine arrived and I cut the capsule and pulled to cork on a bottle I immediately noticed that the vintage, the region, and the vineyard name printed on the bottle was all different from what was stated on the label. I contacted the winemaker (from the on-line site I purchased the wine from) and spoke with him on the phone and via e-mail. Some of the e-mail correspondence is copied below.


(Actual e-mail copy)
Me to the winemaker selling the wine on an on-line site.

"Good morning Peter and thanks for your e-mail. Congratulations on spotting the discrepancy with the cork. You are only the second person to spot this. The Hawkes Bay winery has deliberately used a different cork so it makes it even more difficult for someone to discover where the wine is from. As it is has only recently been bottled they also used a 2010 cork to make it even more difficult. At the end of the day, it’s what’s inside the bottle that counts and I’m sure you have discovered it is an extremely nice Syrah.Hope that answers your questions. Cheers"

"Sorry I don't buy that. How can a Hawkes Bay Winery put (South Island region) on a cork and put a different vintage on it. I suggest that you come up with a better explanation that is not so flippant or I will take this further."

My email to the original winemaker

"Hi YYY Tell me about the 2010 Syrah from ZZZ As you know I bought XXX "2009 Hawkes Bay Gimblett Rd Syrah" through (the on-line site) Its not Gimblett Gravels. The cork says 2010 YYY from ZZZ so is it yours? I have been speaking with (the winemaker at the on-line site) and told him the seriousness of it. I said that if I didn't get a proper explanation I was going to refer it to NZWine. At first he gave me some gobbledy goop about the winery deliberately using a different cork so it makes it difficult for someone to discover where the wine is from and that the 2010 cork used to maker it even more difficult.I told him this was garbage. I think he now knows the seriousness - that he bought cleanskins of the 2010 ZZZ Syrah from you and labelled up as 2009 Hawkes Bay Gimblett Gravels. I think they get shot in China for doing that if caught. He says he only sold 14 cases and has pulled the listing. He apologises and said it was a genuine mistake (for some reason). If this is correct and there was no deliberate intention to mislead then I won't take it to NZWine or elsewhere. If this is not the case then I have no option but to do so. The wine has obvious green edges and certainly doesn't taste like a HB 2009 wine so there's that. I have 5 bottles left from the 6 I bought. Are they worth keeping? Regards, Peter"

"Wow peter , this doesn't look good at all, definitely my wine I have sold him cleanskins recently , with labelled cork (and I told him of it) but had no idea of his own labelling 'adventures' - in fact I looked at his website and couldn't see a (South Island) Syrah so thought he must be flicking it on by some other method.  I will call him and see what he is doing As for the wine, its obviously not HB but is quite reasonable - (Retail chain) in Auckland just had it in a May promo for Syrahs, (Wine magazine) mag had it as wine of the month too and it has got a few honourable mentions from various wine folk. Not as good as my 2011 which is killer stuff if I do say so - you need some of that. I'll give you a call once Ive spoken to (name of the on-line wine site). If you're up for a coffee that would be great - later in the week?? - obviously haven't seen you in a bit but would be good to chat. cheers"

After my e-mails and conversation with the rogue winemaker in which I requested that he pull all advertising and promotion of the wine I took it no further. I kept an eye on the on-line wine site to make sure this happened and didn't see the wine again.

I should have made an issue of this I know as this kind of 'cowboy' activity brings our wine industry into disrepute but I was working in the industry at the time and didn't want any embarrassment to come the way of the company I was working for. I keep an eye on this winemaker as he is a regular producer of New Zealand wines but am not aware of any recent transgressions. Hopefully this threat of exposure gave him a bit of a shock. Hopefully. 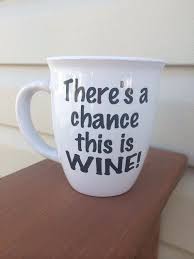